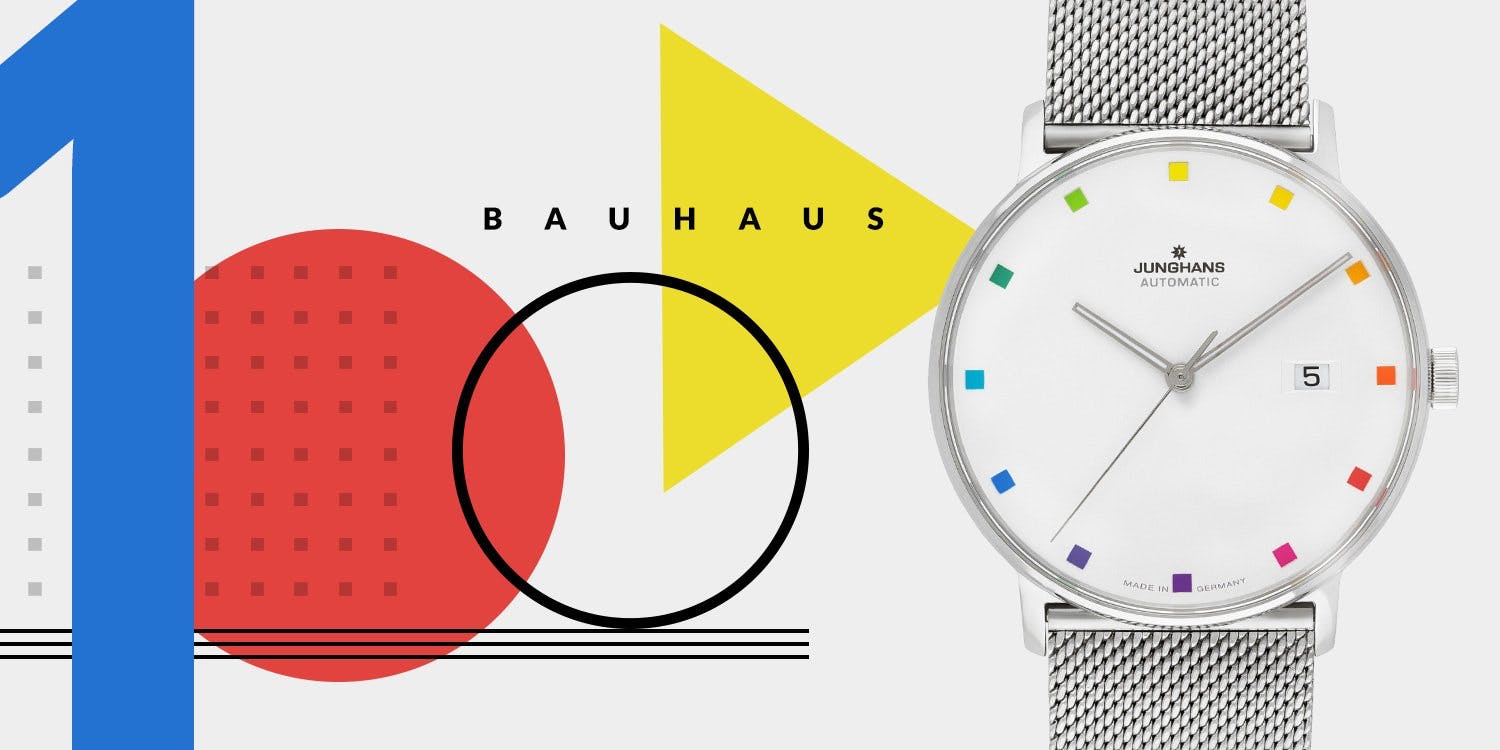 2019 marks 100 years since the foundation of the Bauhaus school in Germany. Translated into English, the term “Bauhaus” means “building house” or, in this case, “school of building.” Its founder, Walter Gropius, established the school with the intention to unite craft and fine art. Gropius and his followers believed strongly in the idea of “form follows function.” This approach made the Bauhaus movement one of the most influential in modern design, architecture, and art. The school changed location twice during its short lifespan; first from Weimar to Dessau in the mid-1920s, and later to Berlin in the early 1930s. However, its stay in Berlin was short-lived, and the school was shut down in 1933. Although the school only survived for 14 years, the Bauhaus concept lived on, with its teachers and pupils spreading its tenets throughout the western world.

One of the school’s most famous students was Swiss-native Max Bill. After leaving the Bauhaus, he went on to become a prolific architect, painter, sculptor, graphic designer, and industrial designer. His vast portfolio contains numerous clocks and watches, including those commissioned by Junghans in the mid-1960s. Over the decades, little has changed about the Max Bill watch’s design, which is a testament to its timeless nature.

In honor of the 100th anniversary of the beginning of Bauhaus, Junghans has introduced a special edition Max Bill Chronoscope. Limited to a run of 1,000 pieces, this 40-mm minimalist watch makes several nods to the Bauhaus school in Dessau. For example, its red hands and red date display represent the main building’s famous red doors.

On the case back, you’ll find the facade of the Bauhaus building in Dessau. Its windows are transparent, offering a view of the caliber J880.2 underneath. This automatic movement is based on the Valjoux 7750 and has a 48-hour power reserve.

The front side of this timepiece is focused on the bare essentials. Junghans takes great care to avoid unnecessary frills so the watch can serve its main purpose: telling the time. The stainless steel case has a matte anthracite PVD coating, thus drawing the eye to the light dial and its delicate hour and minute markers instead.

Another brand with a strong connection to the Bauhaus movement is NOMOS Glashütte. Their Tangente collection is often described as the quintessential Bauhaus watch. NOMOS neither agrees nor disagrees with this sentiment. They are a member of the Deutscher Werkbund (German Association of Craftsmen), an organization that helped lay the groundwork for the Bauhaus movement. Many famous architecture firms, galleries, and other brands belong to the Werkbund.

In honor of the Bauhaus’ centenary, NOMOS has released a series of special edition Tangente models. These timepieces are 33, 35, or 38 mm in diameter and feature a red, blue, or yellow minute scale running around the dial. These colors are in keeping with the Bauhaus school’s color theory. The main dial resembles aged sketch paper. While the standard Tangente comes with an automatic or manual in-house movement, these limited edition Bauhaus watches exclusively house NOMOS’ manual Alpha caliber. The solid stainless steel case back is engraved with the words “Tangente Sonderedition,” meaning “Tangente Special Edition.”

Apart from the color scheme, the dials of the standard and special editions are identical. There are the usual alternating indices and numerals for marking the hours. All models also come with a small seconds dial at 6 o’clock. Like so many NOMOS watches, these limited edition timepieces are worn on a black cordovan leather strap. This kind of strap is both durable and very comfortable.

Not every special edition timepiece has to cost you an arm and a leg. Take the 38-mm Junkers 100 Years Bauhaus, for example. While it sells for a fraction of the price of the aforementioned watches, its relationship to Bauhaus is just as striking. The watch’s design is tidy and focuses on the task at hand: displaying the time. Everything is stripped down to the essentials, from the hour and minute indices to the case and lugs.

In contrast to the other two timepieces, this Junkers model is available in a number of different designs. The most modest model is made of stainless steel and has a silver dial. SImilar models come with a beige or blue dial. If you prefer something a bit more luxurious, you may enjoy the gold-plated editions.

The lower price tag is in part due to the movement. This Junkers watch is powered by a quartz Miyota caliber that deviates by no more than 15 seconds per month. This is much more accurate than your average mechanical movement. However, it lacks the romance that comes with winding a watch by hand. Personally, I think that if you’re going to make a vintage-inspired timepiece, you should go all the way and include a manual movement. However, that’s just my opinion.

In the end, all 3 of these watches follow the same basic design principle. It’s all about functionality and (relatively) simple materials. Each timepiece can trace its roots back to a revolutionary movement that began 100 years ago. The fact that these design concepts are as relevant today as they were back then speaks volumes about the influence Bauhaus continues to have on our lives.

What are Bauhaus watches?

Design Icons: The Rolex Submariner vs. the Junghans Max Bill

By Bert Buijsrogge
Sep 06, 2019
View all articles
Next article

May 27, 2016 by
Christopher Beccan
View all articles

Editor’s Picks of the Week – Zenith, Hermès and Rolex

The Watches of Team Chrono24: Pascal

What trends, watches, and brands played an important role in 2018?