The Swiss watch industry tends to be the center of attention when talking about mechanical watches, but everyone knows that the industry exists well beyond Switzerland’s borders. While Swiss watches often grab the majority of the headlines, there are plenty of other world-class timepieces being produced around the globe. Today, we’re departing the familiar Alpine landscape and taking a closer look at another great watchmaking nation: Russia. So, without further ado, let’s dive into the world of mechanical watches from the land of Tchaikovsky, Tolstoy, and Gagarin.

Some of you may not readily associate Russia with mechanical watchmaking, especially when it comes to luxury watches. Russia may not be known for its wide array of luxury brands, but that doesn’t mean the country is lacking in watchmaking history. Russian watchmaking is defined by innovation, remarkable design, and incredible stories. Some of these stories are known the world over and have sparked a great interest in both modern and vintage Russian watches.

To get an idea of Russia’s rich watchmaking history, we have to go back to pre-Soviet times. When the Industrial Revolution reached Russia in the 1880s, Russians wasted no time in building big factories for mass production. At the time, however, Russia had no watch industry to speak of and lacked the expertise required to start one. Instead, they imported most of their timepieces from countries like Switzerland, England, and the United States.

This all changed under Joseph Stalin. The industrial growth that took place under Stalin was exceptional; he transformed Russia from an agricultural society to an industrial powerhouse heavily focused on self-reliance. In order to build watches for its military troops, Russia sought assistance from American watchmakers in the 1930s. The latter helped train personnel at the First State Watch Factory in Moscow. In its first two months, the factory produced 50 pocket watches. Within five years, that number grew to 450,000 – it was the start of something big.

In the decades that followed, a number of state-run factories began producing watches. Most of these were inspired by the military, both in terms of form and function. Watches were being made for military pilots, divers, cosmonauts, and other staff. This functional approach would come to define a lot of innovation and design in the world of Russian watchmaking. These watches were by no means luxury products like those popping up elsewhere in the 1950s and 60s. Functionality was key to production in communist Soviet society. 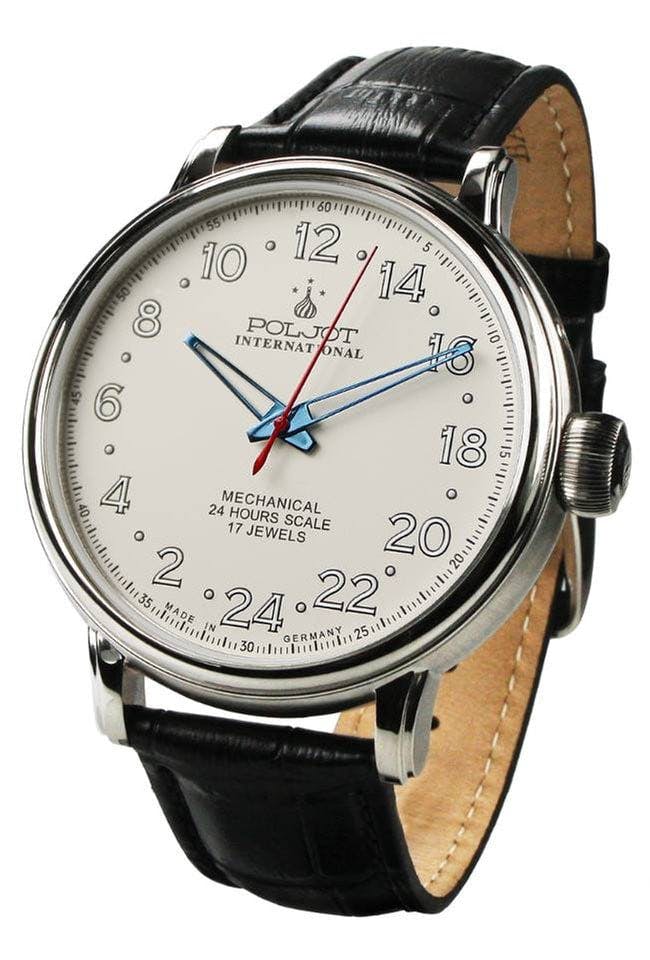 However, the 1960s also saw the birth of some of the biggest Russian watch brands. While originally focused on producing watches for the Soviet government, they soon began selling millions of watches to Soviet citizens. Some brands like Poljot, Raketa, and Vostok were producing millions of watches per year, making them sizable brands whose reputations went far beyond the Soviet Union.

Some brands were linked to remarkable achievements; for example, a Sturmanskie accompanied Yuri Gagarin as he became the first man in space, and Alexei Leonov became the first man to do a spacewalk while wearing his FMWF Strela. There was also the time when Polar explorers wore Raketa Polar watches during the 16th Soviet Antarctic expedition. These are the stories that have made certain Russian brands famous and why they remain very popular with collectors to this day. With the dissolution of the Soviet Russia in 1991, all of these legendary watches became available to buyers outside of the Eastern Bloc, meaning many Russian brands could expand their horizons and start selling on the global market.

On that note, let’s dive in to some of the most important Russian watch brands that are still around today and explore the models that made them famous.

The factory that would later become Vostok Watch Makers was first established in Chistopol, Russia in 1942. Originally located in Moscow, the factory was forced to relocate due to the advancing German forces. The company began producing military equipment during the war but returned to its watchmaking roots once the war was over. 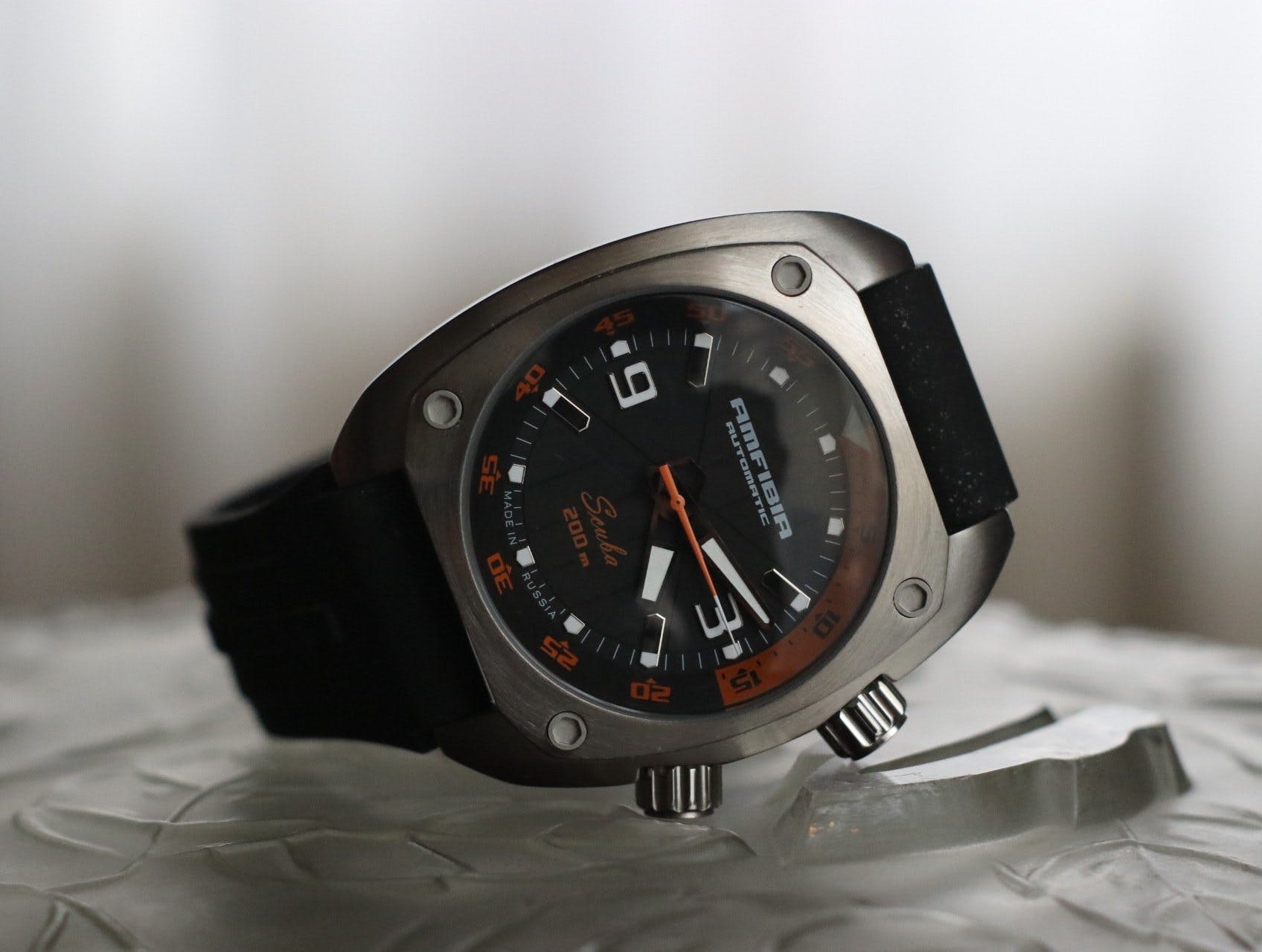 The Vostok brand we know today was founded in the 1960s. Its name comes from Yuri Gagarin’s space capsule, the Vostok 1. The brand partnered with the Soviet Ministry of Defence and developed a series of military-oriented watches. The first model was the Komandirskie, which is Russian for “commander.” The Komandirskie was followed by the Amfibia (amphibian) diving watch, which would go on to become one of the most popular Russian watches of all time. This diving watch has a cult following and is available in a wide variety of configurations.

Poljot is probably the biggest watch brand ever to come out of Russia. Although the First State Watch Factory in Moscow produced watches from the 1930s onwards, the name Poljot was chosen for their watches after Gagarin became the first man in space in 1961. Prior to that, the factory produced watches under several different names, including Sturmanskie – the brand Gagarin wore in space. Poljot, meaning “flight” in English, also produced many models for the Soviet army that weren’t available to the public. These timepieces are highly sought after and quite rare today. 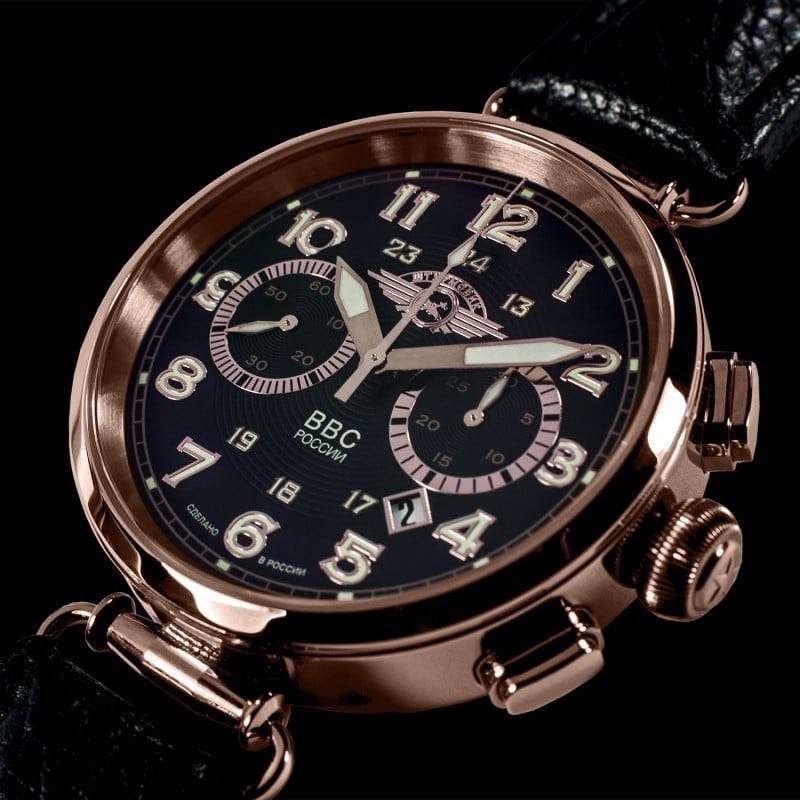 One of the most famous Poljot movements is the 3313 chronograph caliber based on the Swiss Valjoux 7734. This movement first appeared in the 1970s to power watches given to Soviet cosmonauts and pilots. It wasn’t until the 1980s that watches powered by the Poljot 3313 went on sale for the public. Many collectors regard this movement as the best Russian chronograph movement ever produced; if you can get your hands on a vintage Poljot Aviator or Albatros, you’ll own a piece of Russian watchmaking history.

Yuri Gagarin was wearing a Sturmanskie watch when he became the first man in space in 1961. Sturmanskie (or “navigator”) watches were produced by the First State Watch Factory in Moscow and were not intended for spaceflight. Gagarin was wearing his own personal timepiece and transformed it into a legend with watch collectors the world over. Today, Gagarin’s watch is on display at the Museum of Cosmonautics in Moscow. 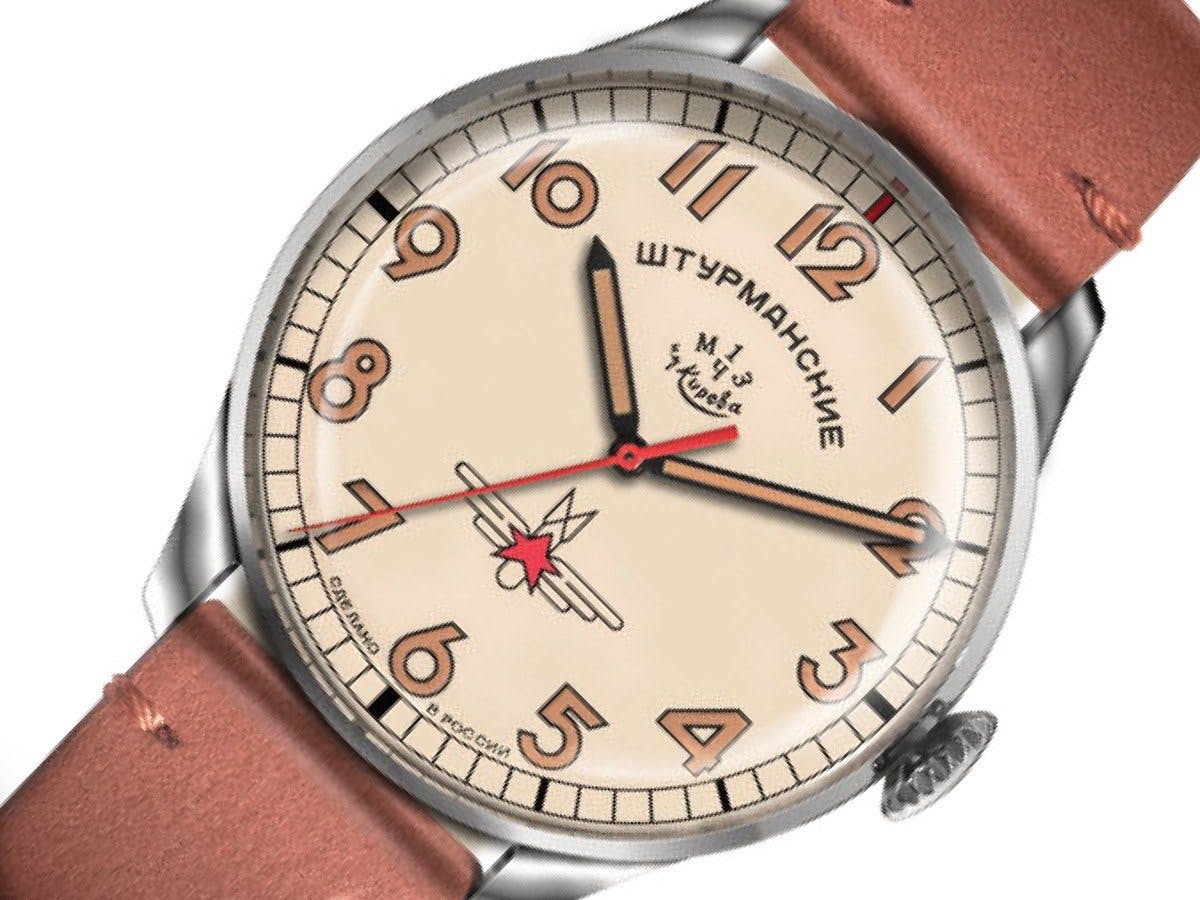 Becoming the “first watch worn in space” obviously meant going down in history as an icon. The Sturmanskie was the official watch issued to cosmonauts for quite some time. Many different models were produced over the years with improved components that were better able to withstand space travel. However, nothing beats the original Gagarin wore during his trip to space. There have been a number of re-releases commemorating that historic trip over the years. Nowadays, Sturmanskie offers a wide collection of models that are all linked to exploration, the majority of which focus on space exploration. But if you want a true piece of watchmaking history, you know which one to choose.

This list would not be complete without Raketa. This brand was also established in the 1960s in the wake of Gagarin’s trip to space. You have to hand it to the Russians: They love honoring their heroes. Raketa, or “rocket” in English, was founded by the Petrodvorets Watch Factory, which had been operating in Saint Petersburg since 1945. Like the other brands on this list, Raketa created many functional watch models for the Soviet government.

The most famous Raketa models are the Big Zero and 24-Hour. The Big Zero’s name says it all: Originally designed in the 1970s, this watch features a large zero numeral at 12 o’clock. One of the most famous Big Zero wearers is former Soviet leader Mikhail Gorbachev. When asked what Perestroika meant for the Soviets, he pointed to the “0” on his Raketa Big Zero, indicating the start of something new.

The 24-Hour models are based on the Raketa Polar watch developed for the explorers of the 16th Soviet Antarctic expedition. Since the explorers were traveling across the Antarctic, where there can be 24 hours of daylight or 24 hours of darkness, Raketa watchmakers had to devise a way of displaying the correct time. They designed a watch that featured a 24-hour scale instead of the 12-hour scale found on conventional watches. This feature has since become a characteristic of Raketa watches. 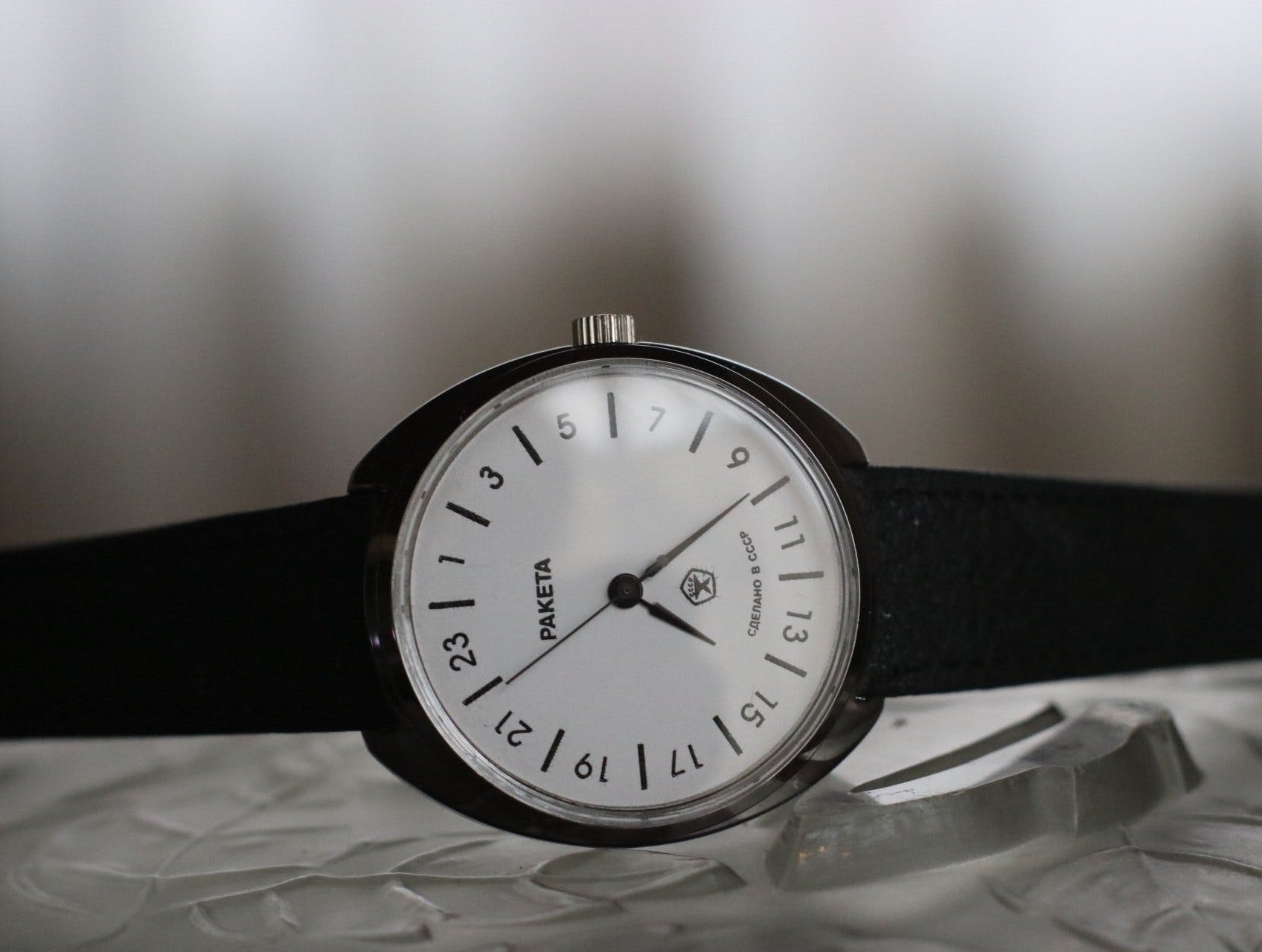 There you have it, an overview of the Russian watchmaking world. It may be short – way too short – but if you’re interested in great stories, functional design, and remarkable innovation, go check out some more Russian brands. There are so many out there, each with its own unique history and remarkable watches. And the best part? Many Russian watches are still very affordable. Who says that a great watch has to be expensive?

Watches from the Black Forest: Where German Watchmaking Began

The Most Popular Rolex Models on Chrono24 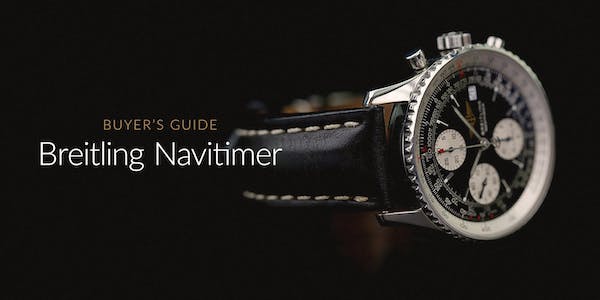 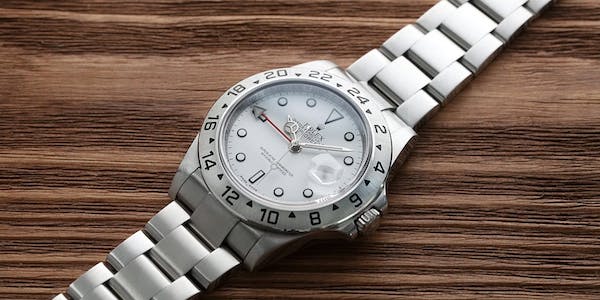 The Most Underrated Watches From Big Brands